After an almost 5 years lasting time  (started with a competition organised by aiap), during the last hours the installation phase for the system of signs alongside the touristic path of the city has been completed. Vertigo Design project has been chosen by a committee – chief Sergio Polano- who underlined how in their project were met such criteria as “an organic system of city paths allowing citizens to be guided in a discreet way exploring the beauties of Belluno”. 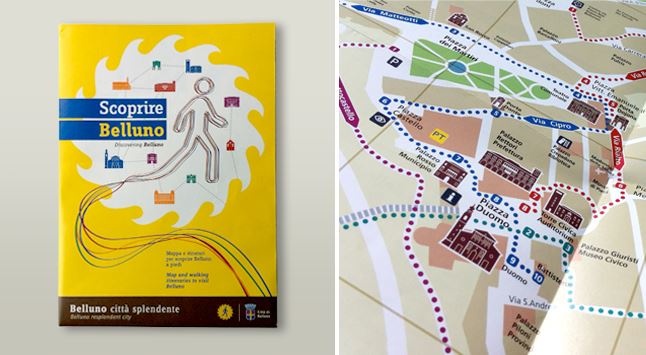